The final boxscore paints an ugly picture, and would point to this game being closer than it really was. Yet despite yielding a gaudy 368 yards in the air and 130 on the ground, a once formidable Patriot defense did nothing if not hunker down once backed up in its own territory. Allowing a final tally of only 26 points, and most significantly forcing a currently unrivaled Packer offensive machine to a 0-4 mark in the red zone certainly represents a triumph in this aspect of the game. Greater talent and added reinforcements for the defense in 2014 no longer made the usual–giving up plenty of yards but sufficiently bottling up the opposing offense enough for Brady & Co. to leap ahead–acceptable. Yet in the context of facing a furiously hot Packers team, with perhaps the most balance and dynamism on the offensive side of the ball, forcing four field goals en route to a sub-30 point performance lifted at least some blame from the New England D. However, Aaron Rodgers’s 45-yard strike to Jordy Nelson with 14 seconds left in the half proved destructive. The lapse in late-half discipline obviously falls squarely on the pass defense, and notably disrupted the team’s progression into the second half of play. A hallmark of Bill Belichick and the Patriots’ game plan has been to finish the opening half strongly, so as to fluidly continue momentum into the second half in which the team often starts with the ball (Belichick nearly always defers possession to the second half). Yet by allowing this devastating late touchdown score–to stretch the deficit to nine–such a crucial transition could not occur. The Pats failed to carry momentum into the break, and subsequently flamed out on their first possession of the third quarter without a first down.

Nelson (87) ran about 35 yards after his catch and gave a huge boost to Green Bay heading into halftime. (Photo by Christian Petersen/Getty Images)

Secondary to the much anticipated Brady vs. Rodgers showdown, the Patriot secondary (Darrelle Revis and Brandon Browner) and top Packer wideouts (Jordy Nelson and Randall Cobb) matchup was initially won by the former group. The New England cornerbacks controlled the explosive Green Bay receivers for the majority of the first half, even deterring the typical amount of targets from their quarterback. Yet Rodgers adapted to this situation, and maintained offensive efficiency, albeit with many drives culminating in mere field goals, while shifting the route of his passes to lesser known recipients. Rodgers acclimated himself perfectly, connecting with an array of new targets headed by rookie third-string WR Davante Adams, who ended the game with a career-high 121 yards. Rodgers had already led the Packers to 13 points before completing his first pass to either of his top receivers, the first to Cobb at the 11:22 mark of the second quarter. This, in turn, necessitated a change in the organization of the Patriot defense. As the game progressed into the second quarter and second half, Rodgers’s ability to sustain offensive potency diluted the defensive pressure placed on Nelson and Cobb, spreading it to other parts of receiver coverage. Consequently, the powerful duo became more freed up, ultimately attaining a combined 138 yards despite early struggles, all working towards Green Bay dictating the flow of the game.

Encountering a porous 30th-ranked run defense, the Patriots at first seemed inclined to develop an effective rushing attack for the third consecutive game. Three running plays in the first four offensive drives indicated at least some focus on establishing this facet of the offense, especially when the first third down situation called for LeGarrette Blount instead of Brady (which resulted in a failure to convert). But even though Blount gained 58 of the team’s total 84 yards on the ground, the Patriots did not adequately exploit this potential advantage. Offensive balance has not only keyed the previous seven-game win streak, but has facilitated Brady’s mid-season renaissance. For several long stretches during offensive drives, and particularly in the first half when the team permanently fell behind, the Pats elected to exclusively pass the ball. It was as if New England felt it was already in a late fourth-quarter hole–and not in an early game situation, where it failed to devote enough patience to establish a ground attack against one of the worst run defenses in the NFL.

Although the heavyweight tilt concluded in a loss, several factors work towards New England’s favor moving forward. Despite the aforementioned lack of a true rushing attack, a clinical job done by the opposing, future MVP quarterback, and the top receiver (Julian Edelman) hampered by injury for much of the day, the Patriots contested the game well. Losing by only five points in one of the toughest road environments proved not so much a demoralizing result, as indicated by the upbeat character of Patriot players following the game. And since New England did not necessarily play to its full capacity on Sunday, and suffered a loss but was not pummeled, such a defeat often works positively once evaluated in retrospect. For whatever reason, entering the postseason with a long win streak and long-built momentum doesn’t always bode well. If the Patriots finish the regular season powerfully, this Week 13 loss could easily serve as a blessing in disguise and stabilize this playoff-bound team’s sense of momentum. 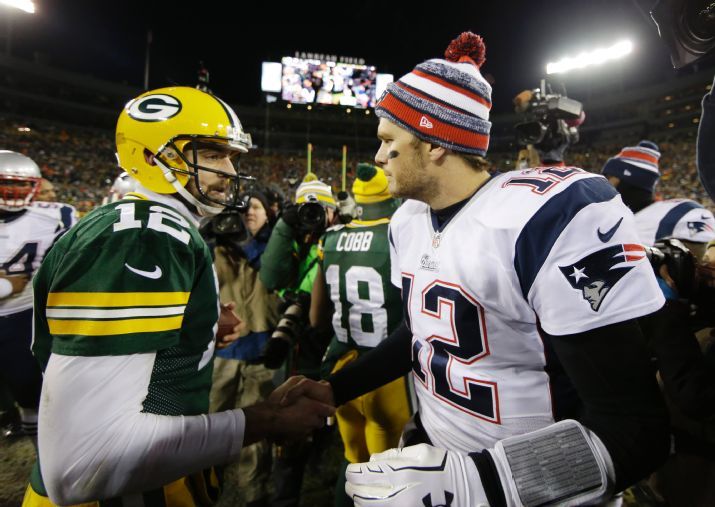